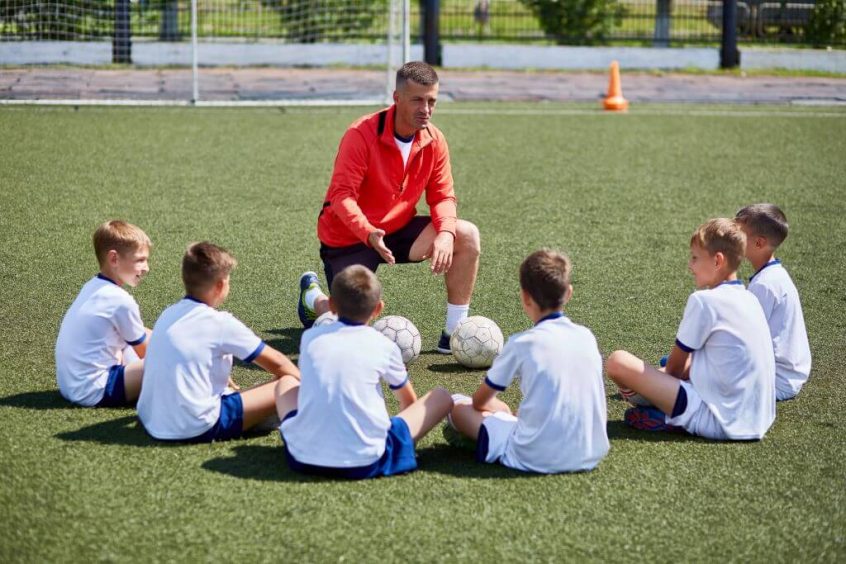 My understanding of a coach is one who places the individual first, who aims to improve each individual under their care as much as possible to become the best player and person that they can be. I believe the coach should challenge and stimulate each player through learning and development that aims to exceed both the player’s current abilities as well as their level of self-belief. The coach has a dream and vision for each player and strives to achieve these goals as much as possible during the time that they have together.  The coach plans accurately in advance to enable the maximum use of the time available to improve them. This is not excessive because that is what a coach should be doing.

I believe we have confused the definition of what a coach really is with that of a caretaker. I think too often we bestow the title of coach onto persons who merely supervise and organise the players for a few afternoons a week and during game day. They do not strive to improve each individual player; rather they focus on getting the team ready to play a game and to hopefully win. Improvement will often be adjudged to have occurred if the win ratio is better than the previous year or is better than the loss column. This is not coaching, this is care taking.

This type of ‘coaching’, I believe, is common place among many students, teachers and parents who believe that what they are doing is called coaching. However based on my understanding of what a coach is supposed to be, this is the furthest thing from reality. The caretaker coach can be easily identified by the way they approach the time they have with their players, for if they turn up to the field without a clearly defined plan and do not know how to improve their players individual abilities and techniques – then they are not coaches.

I do not blame most coaches for falling into this trap, even if a form of complacency has befallen some, for I believe there has been a dire lack of understanding of what a coach really is from the national or international bodies who coach the coaches, the clubs or schools and the parents. Being a coach is not merely shouting at players and having them run around the field in organised chaos while trying to win games each weekend. No, coaching is much more than that, coaching can almost be defined as an art form and takes many years of concerted practice to come close to getting the balance right. This misinformed belief of what a coach is, comes from various sources and has been ingrained in our minds for so long that the caretaker coach has become the accepted form of coaching practice for administrators, parents, players and prospective coaches.

I believe the way we train coaches can be partly to blame as we usually place too large an emphasis on the ‘What’ to coach instead of the ‘How’. This causes many new coaches to study the game in technical detail and look for appropriate drills for the players to do, while neglecting their actual coaching abilities. Many a coach has experienced the anguish of trying to coach their players a technical skill, but they just can’t seem to get the message across adequately or that the players forget what they were doing as soon as they are in the actual game. This I believe comes down to the fact that a vast amount of coaches forget or do not realise that the biggest factor in achieving coaching success, comes not from what they know, but rather how they teach it.

To become a true coach takes years of learning, self-reflection and the willingness to adopt the player first model, where the player’s individual development becomes far more important than the teams win/loss ratio. This type of coaching does not occur often due to the fact that coaches are usually solely rated on their ability to win games, especially at schoolboy level, by parents and players. This belief has led many coaches to adopt the team first approach where they would rather focus their coaching time on ensuring victory than on improving the individual players’ abilities. This is not coaching, this is caretaking -looking after a team and giving them drills to complete in the hope that this will help players improve.

Without a doubt our misinformed belief of what a coach really does, is holding back our players development as well as the game itself. True coaching involves understanding the processes involved in trying to teach players the technical skills needed to be successful in the game, be it an individual skill or executing a team move. The player must be able to fully understand what to do, how to do it and more importantly to learn it. Shouting and getting frustrated are sure signs the coach does not fully understand the coaching process and this will ensure the coach will never be able to get across what he/she desires and this is what is holding us back.

For this to change I believe the way we coach coaches should change, we should rather be focusing on the coaching processes rather than solely the technical skills that make up the game. Coaches themselves should also be placing far more emphasis on their own coaching ability rather than just their technical knowledge. By having the knowledge but not the tools to ensure the players learn them, is just not what coaching is about. Player improvement should always be the key focus for coaches of all age groups and standards, no matter how ‘good’ they appear, for there is always room for improvement. Coaches should also be judged on their ability to improve individual players and not just their ability to win games. This I believe will revolutionise our game and will ensure our players become the best in the world.

Let’s redefine what a coach should be and then work towards equipping our coaches with the ability to ensure their technical knowledge is transferred successfully to the player. We should all be aiming to become true coaches for isn’t that why we became coaches in the first place? Watching a player develop and improve under your watch is one of the greatest and most rewarding things to experience, so let’s aim to be better coaches, instead of merely being a caretaker.

Do we really understand what coaching is, or do we just have the wrong ideas on what makes a good coach? Are you a coach or a care taker? If so leave a comment below!

Books I have found useful in transforming my ideas around coaching and I think could help you too:

Talent is over rated – Geoff Colvin

You haven’t taught until they have learned – John Wooden