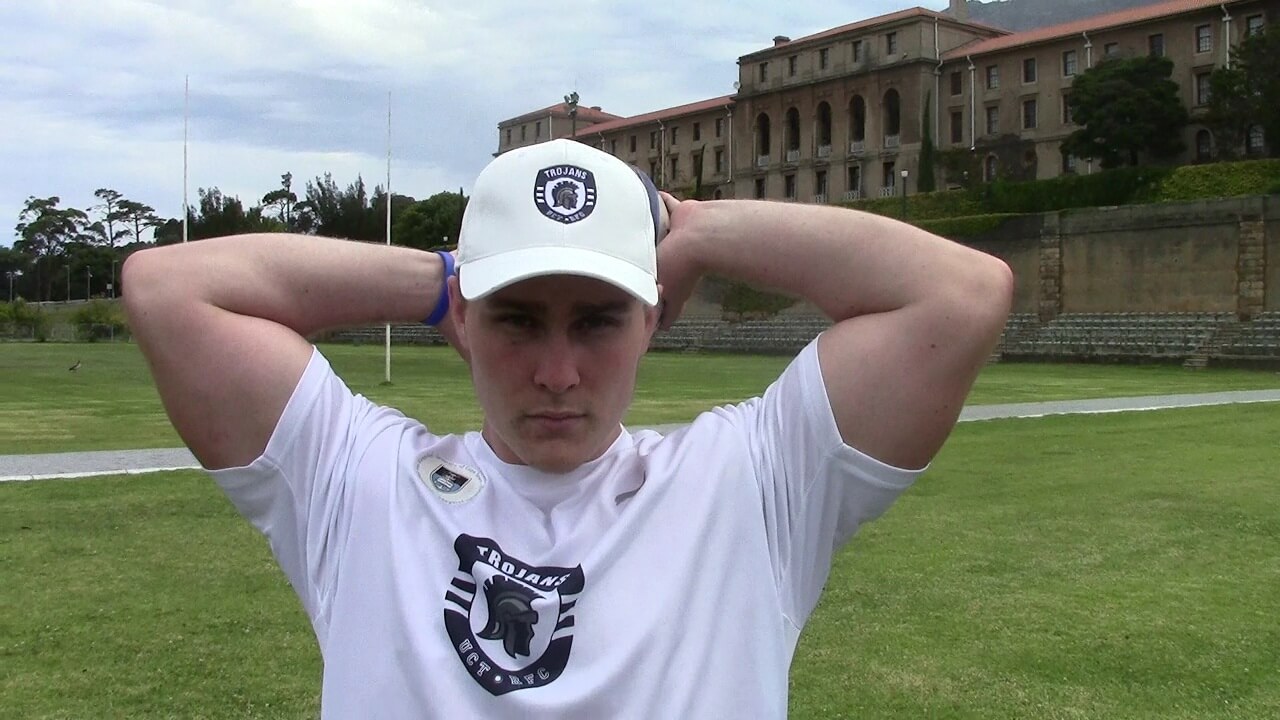 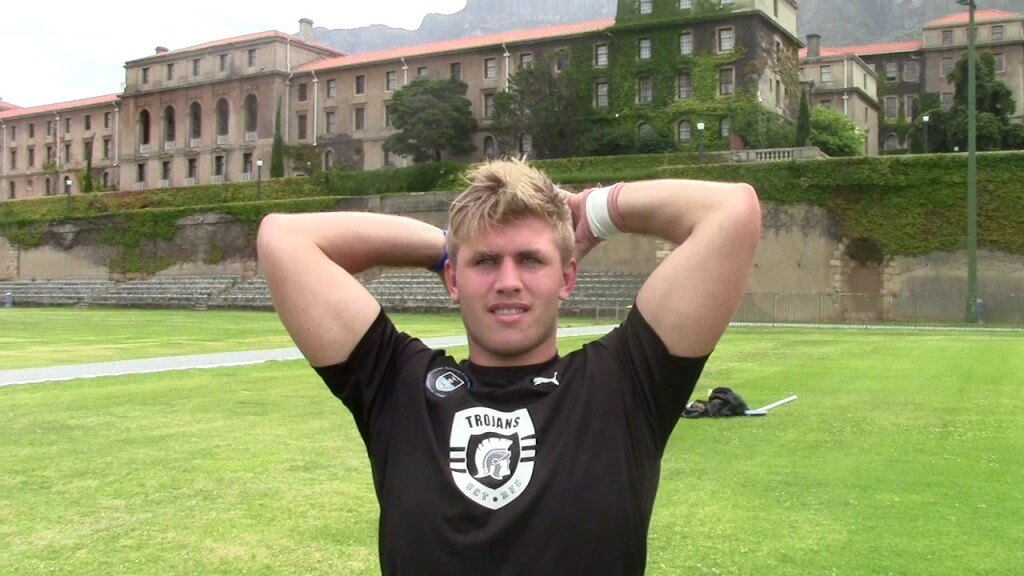 The hooker throw is a difficult skill to execute and much like the place kick, the hooker is isolated when executing this skill. This isolation and the pressure to execute perfectly every time can add a massive amount of stress on the hooker which in turn can cause his throwing abilities to deteriorate rapidly.

To combat this, hookers must take responsibility and ownership for this area of his game and practice it until the throw becomes highly proficient. Thorough preparation is the best way in which the pressure of execution can be minimized and to ensure the confidence levels soar.

My basic philosophy regarding the hooker throw, and every skill for that matter, is that technique matters but it must be comfortable to perform. Each hooker is different and what works for one hooker may not work for another. The basics remain the same, but flexibility must be applied for all players to improve

Preparation for the  hooker throw should always be the same. The Hooker must get into a consistent pre-throw routine in the same way a goal kicker does. This is very important, as a lot of hookers are not mentally prepared before the throw, which means the throw is ruined before it even starts. All throws in practice should be done in the exact same way they are done in a match situation. The same mental and physical preparation is crucial if the thrower is to have a reliable programme on which to call upon when executing throws in a game.

Hookers should focus on:

1)       Their breathing. Get a nice calm breathing pattern going.

2)      Make sure the call is heard and PROPERLY understood.

3)      Focus on where the ball has to go. Visualise the ball flying in the air.

There are 5 areas that make up the hooker throw. These will be discussed in detail below

The back hand placement is crucial as this is the hand that drives the majority of the power as well as creates a tight spiral that is needed for the ball to travel through the air successfully.

The thumb and fingers must be over the seams to create more grip, which in turn creates more spin 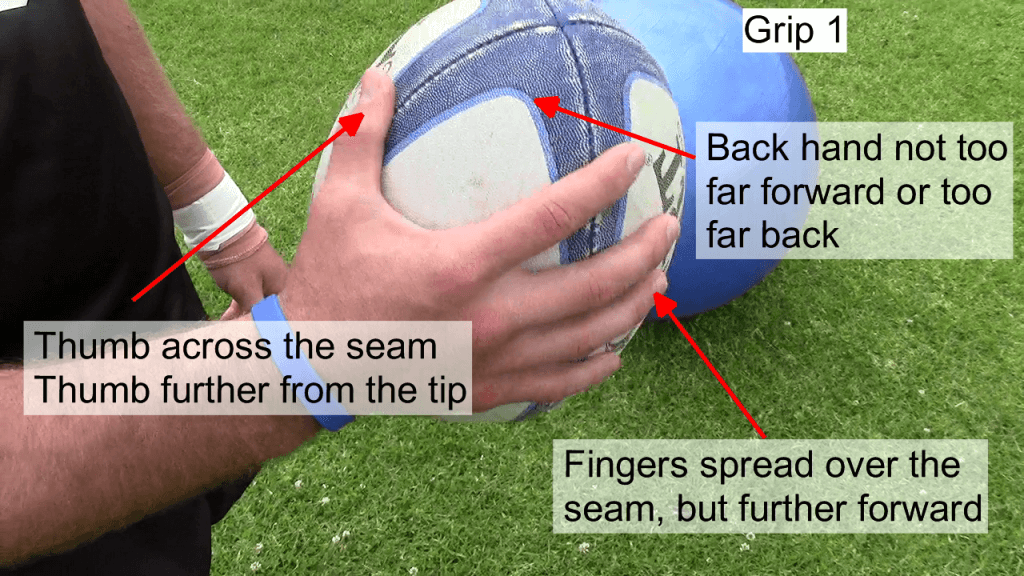 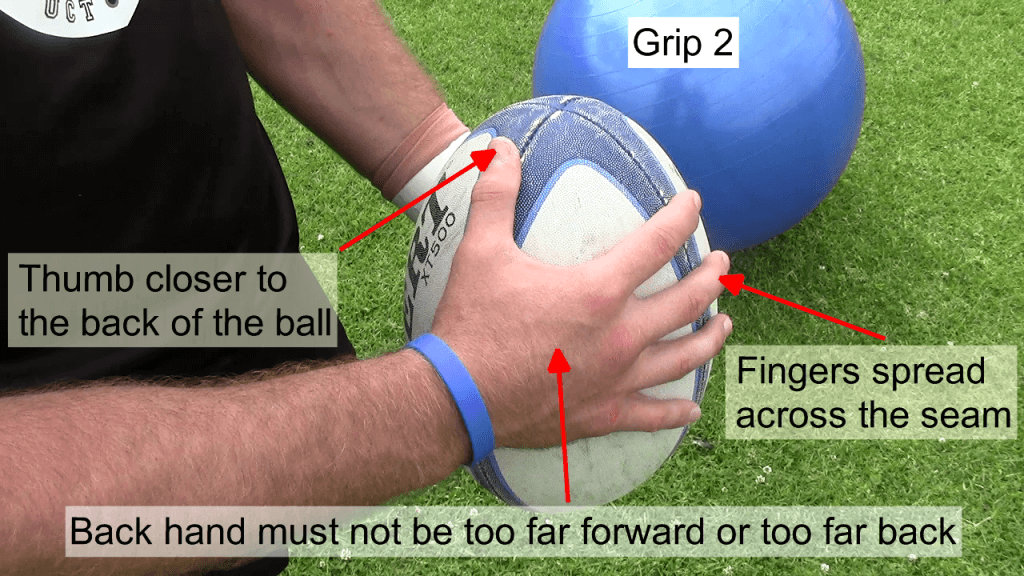 The front hand rests at the front of the ball and should be directly opposite the back hand. Should the top hand not be equal it will result in an unstable spiral and can result in skew throws.

The fingers and thumb of the front hand should be spread as well as be over the seams to create better grip.

The front hand is a guide for the throw, thus you should not try to drive power through it. 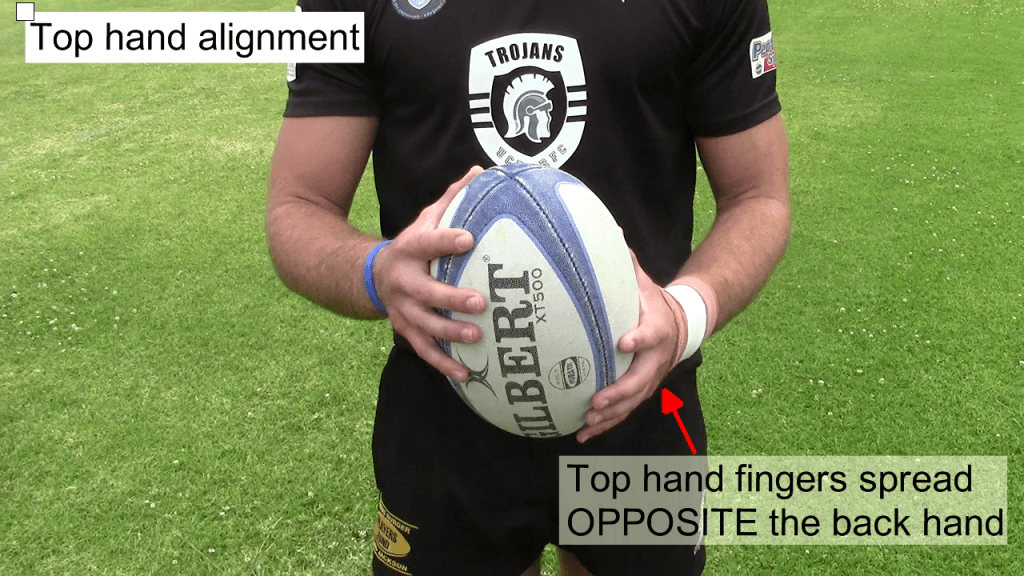 There are two common ways to stand:

It does not matter which one you choose, the basic principles remain the same for both:

2. Ball locked and loaded in the recoil position

3. Back slightly arched and buttocks outwards

4. Slight bend in the knees

5. Body is centred and balanced 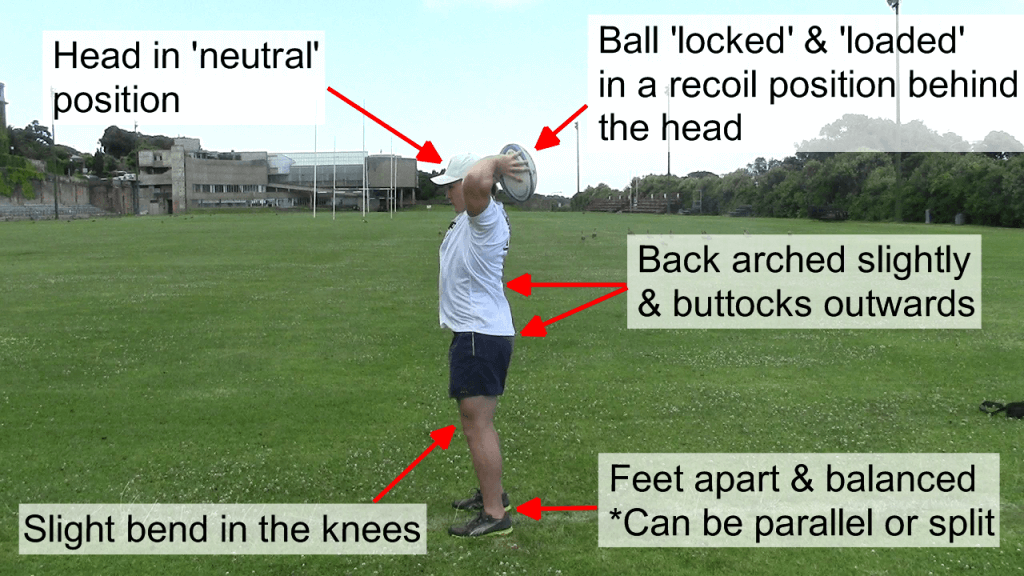 In parallel your feet are side by side, shoulder with apart. The hips and shoulders are set square. 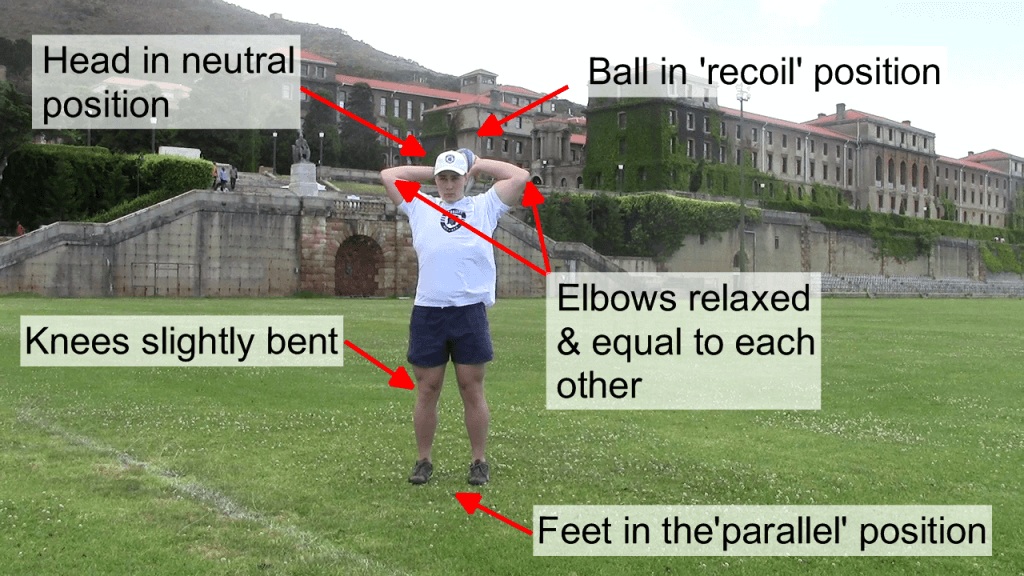 In the split stance your one foot is in front of the other. The hips and shoulders are set square. 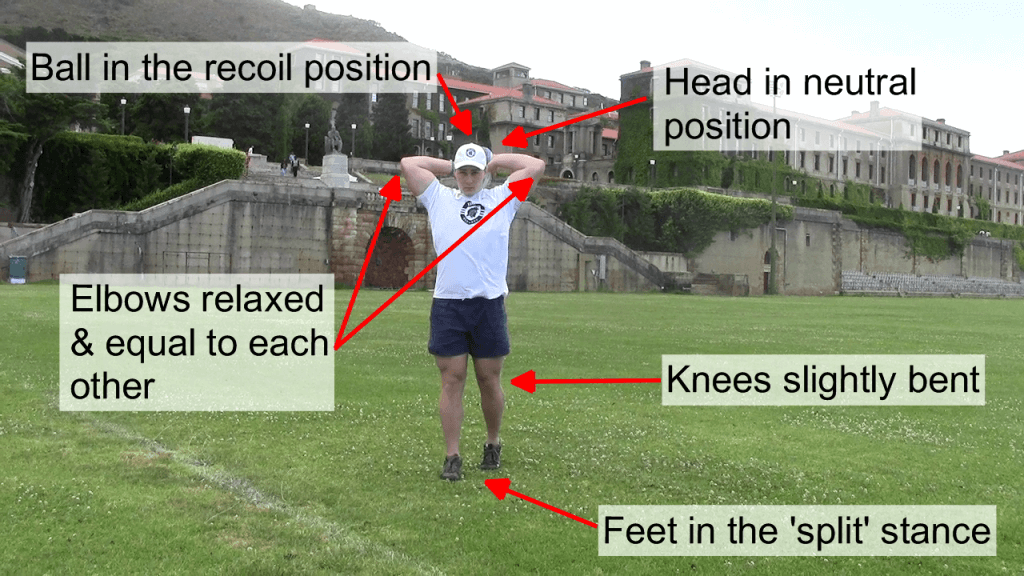 There are two thoughts behind the Pre-Throw set up:

I personally believe that the set up should be as comfortable and as natural as possible, this is why I prefer the set up with the elbows further out compared to the elbows tucked in tightly. 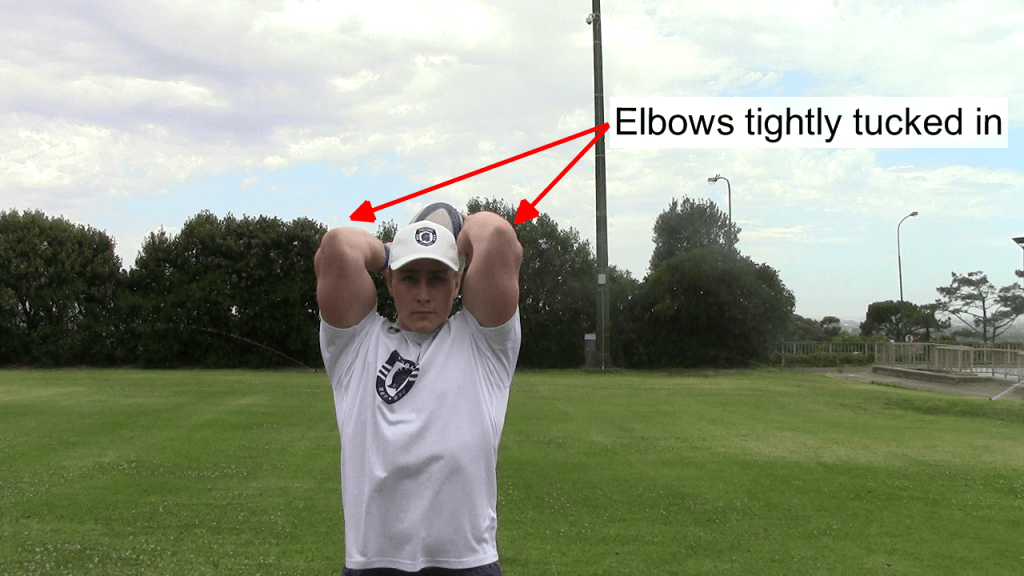 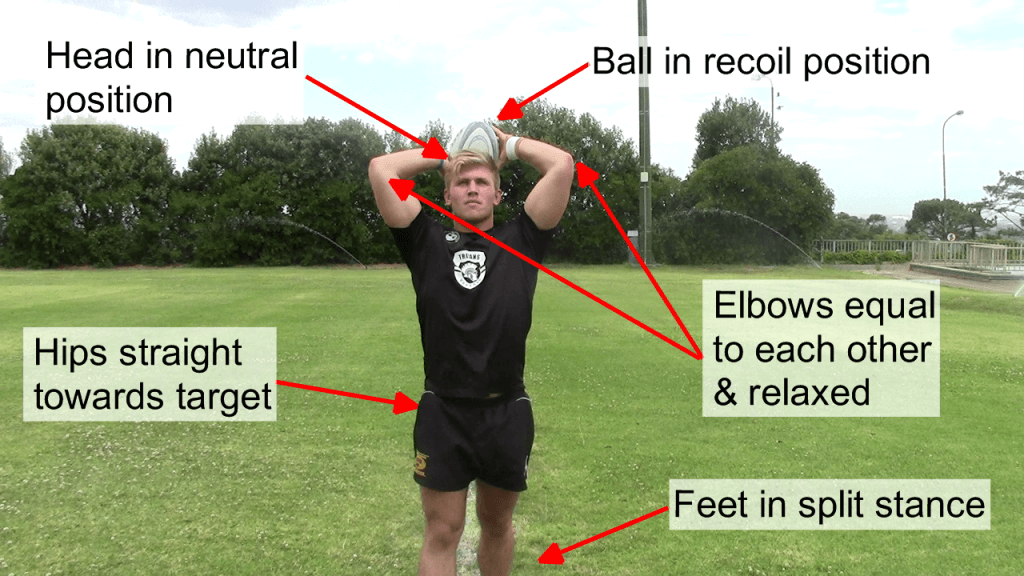 No matter which option you choose, there are certain requirements that must be met:

1. Head and shoulders must be square and stable

2. Head and shoulders must be relaxed

3. Ball must be recoiled as far back as possible – this prevents the hooker giving away hints that the ball is about to be thrown in 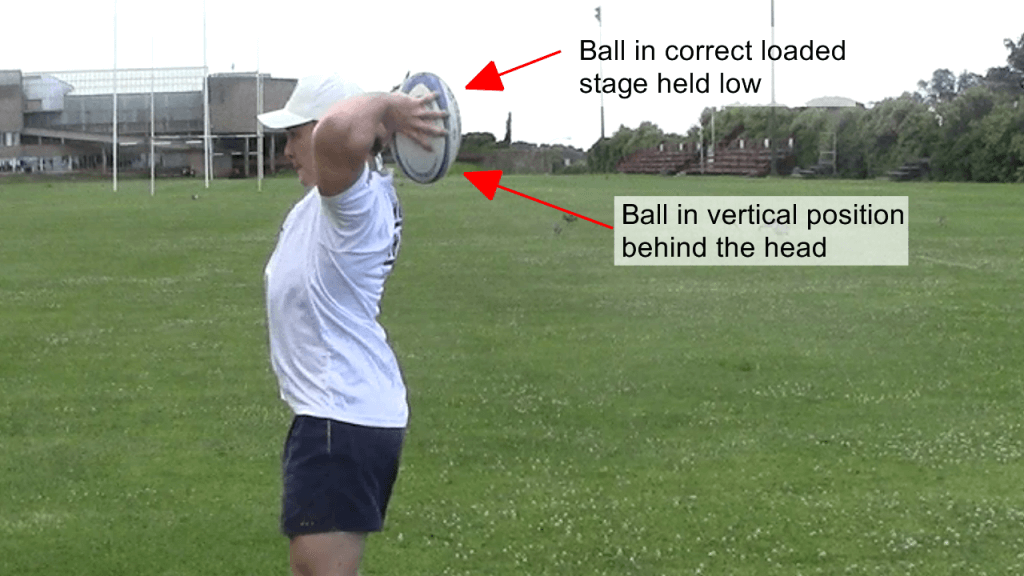 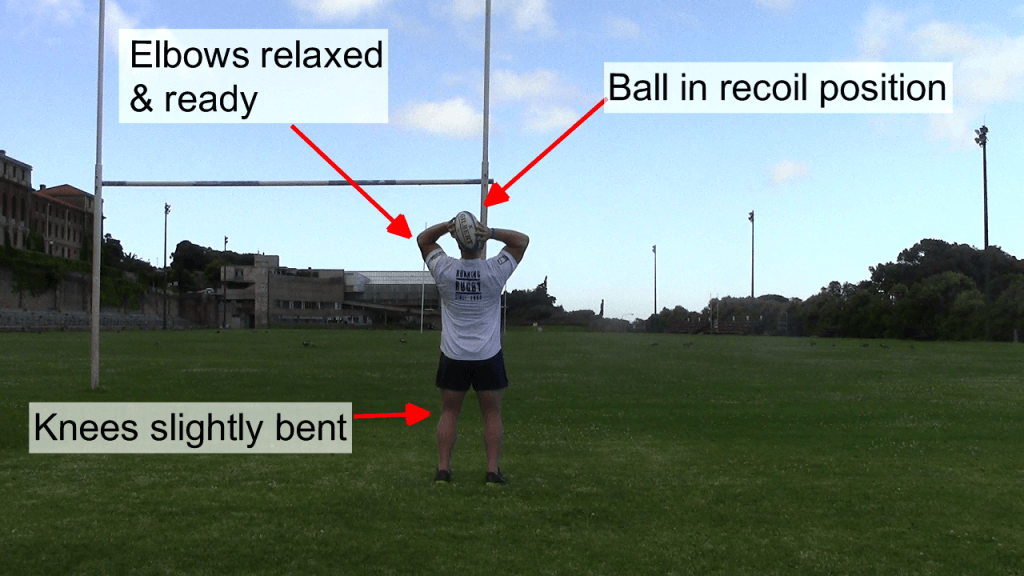 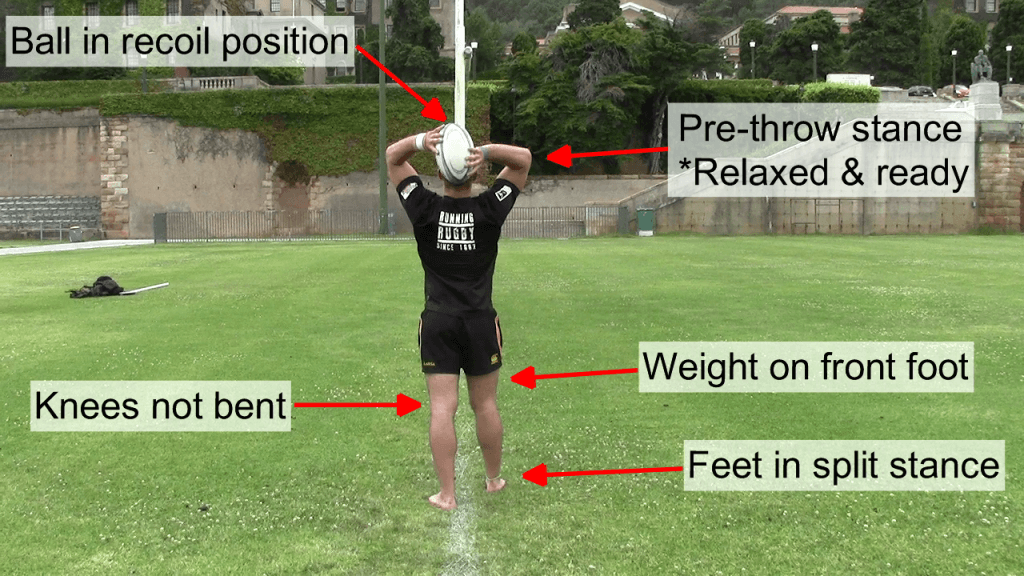 To produce an accurate throw, the release must be quick, relaxed and the hands must follow through towards the target while the body remains balanced and in control.

There are two thoughts about the release

In remaining grounded the hooker does not move his lower body, it remains firm while the upper body ‘slingshots’ the ball to the target. In this action the lower & upper back as well as the abdominals works hard in conjunction with the shoulders and arms to produce the power.

My view is that this technique works better when using the slit stance as opposed to the parallel stance. 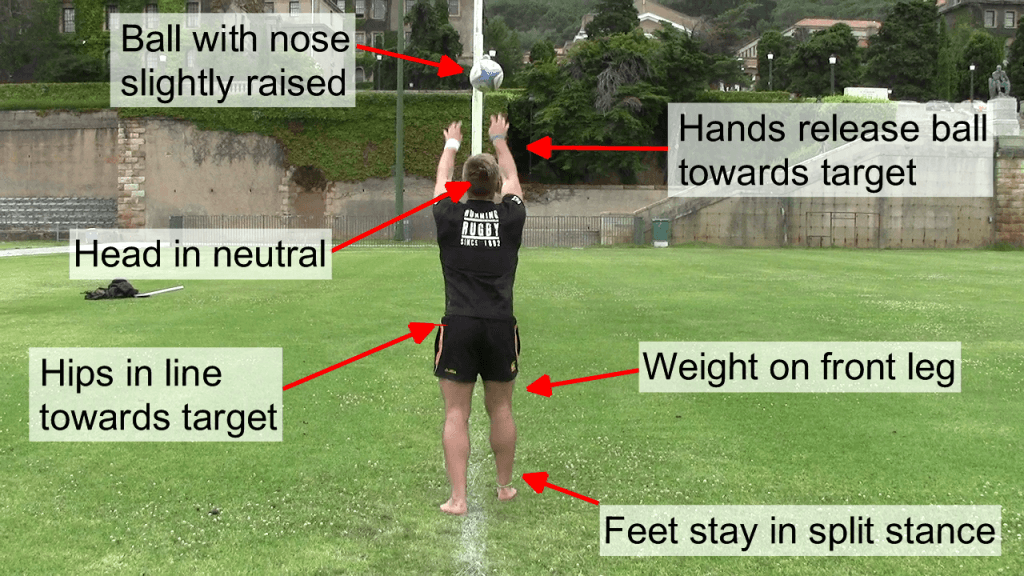 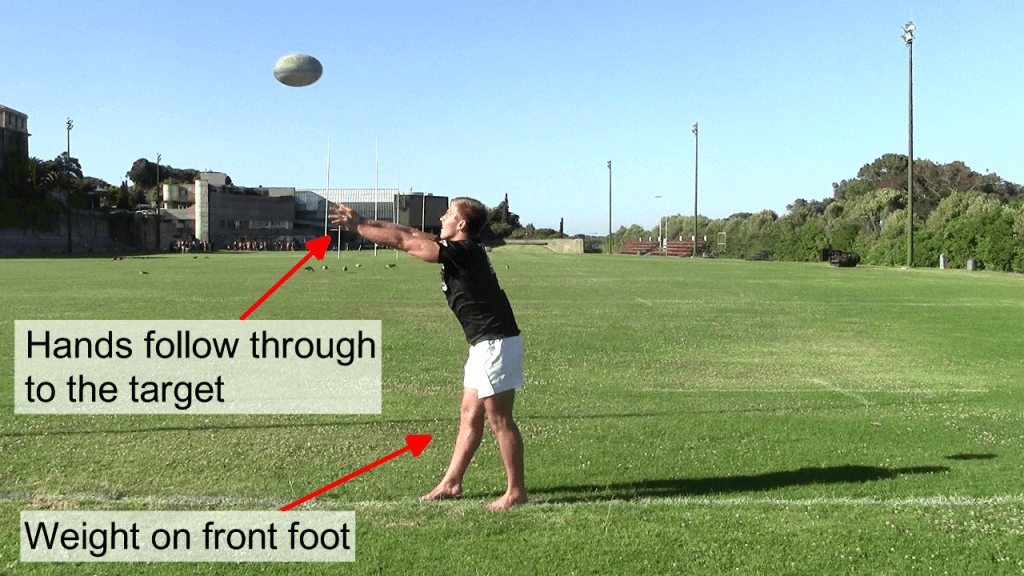 In the whole body technique the idea is to use the big muscles groups i.e. the glutes, hamstrings, quads, abdominals and the entire back do all the work to produce the power while the arms mainly focus on accuracy.

The hooker activates his lower body just before initiating the throw by standing on his toes, straightening his knees & squeezing his core to produce the power.

My view is that this technique is ideal when using the parallel technique but can be used with the split stance as well. 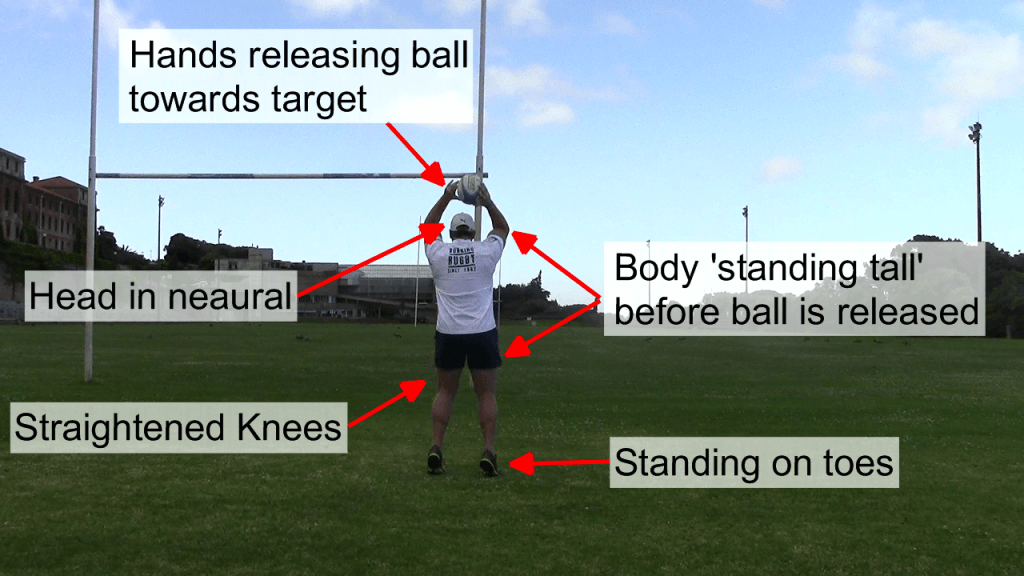 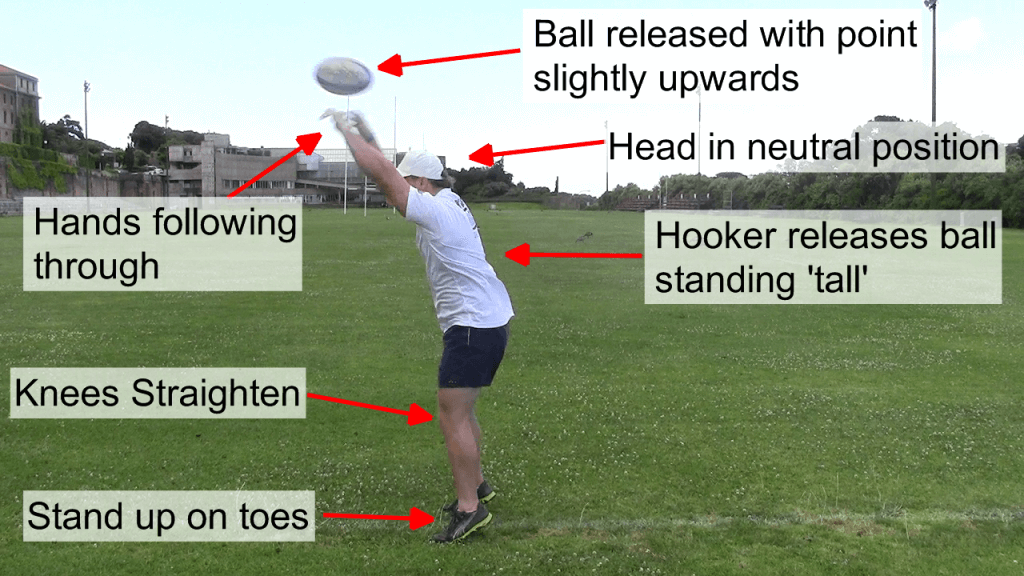 Remaining relaxed is a key factor when initiating the throwing sequence as any forced movement can cause the throw to move off its desired flight path. 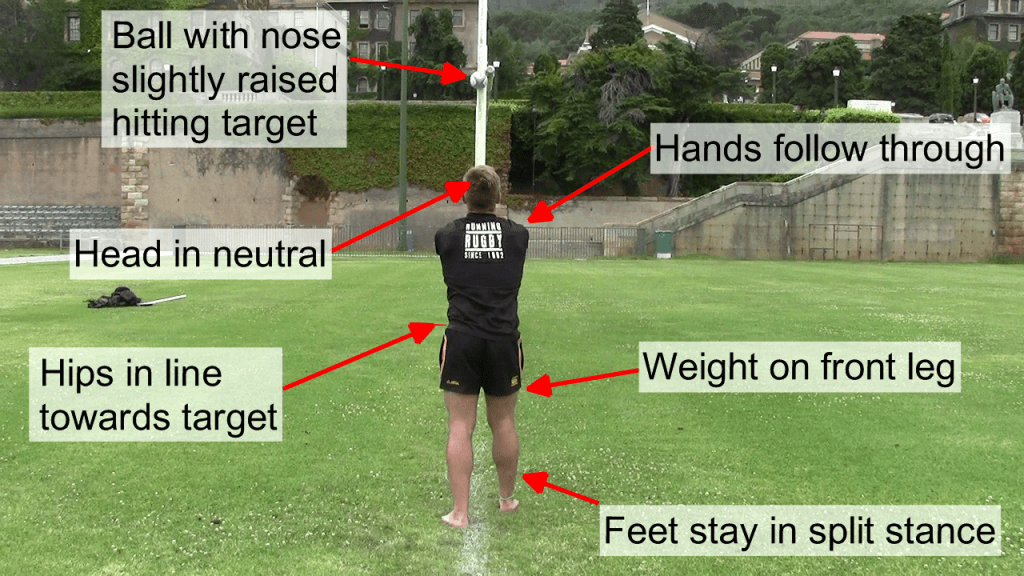 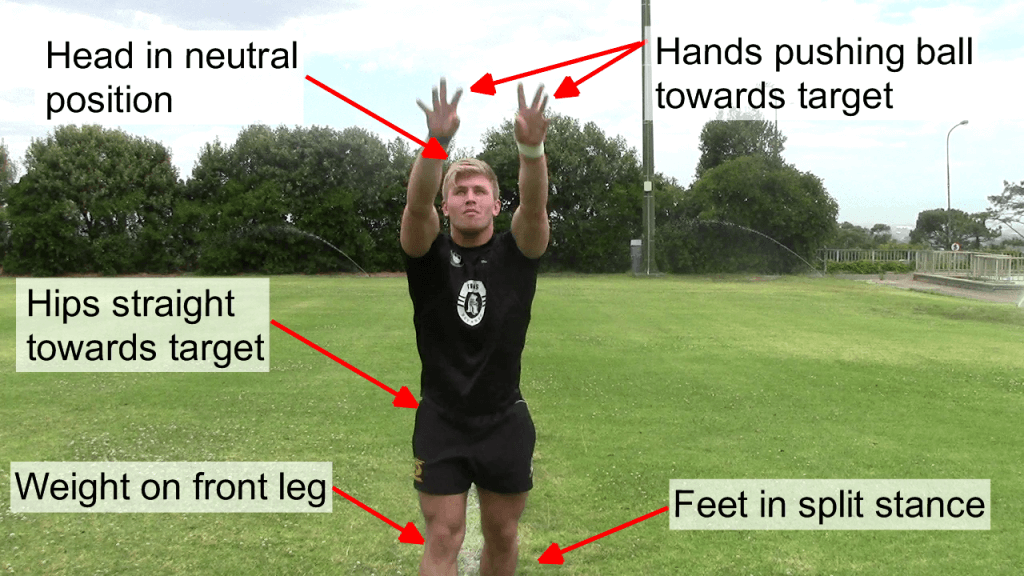 Should any part of the body be moving to the left or right it could be an indication that there is an imbalance somewhere in the body and this could be detrimental to the throwing accuracy of the hooker. 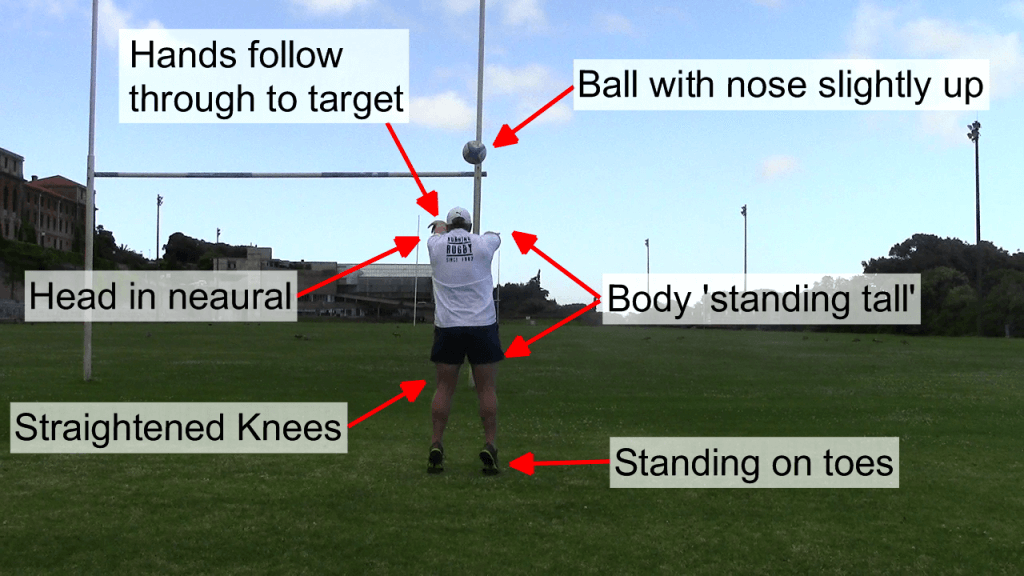 The ball should be travelling with its nose slightly upwards and in a tight spiral to achieve maximum speed, efficiency as well as ensuring it is easier to catch for the jumper.