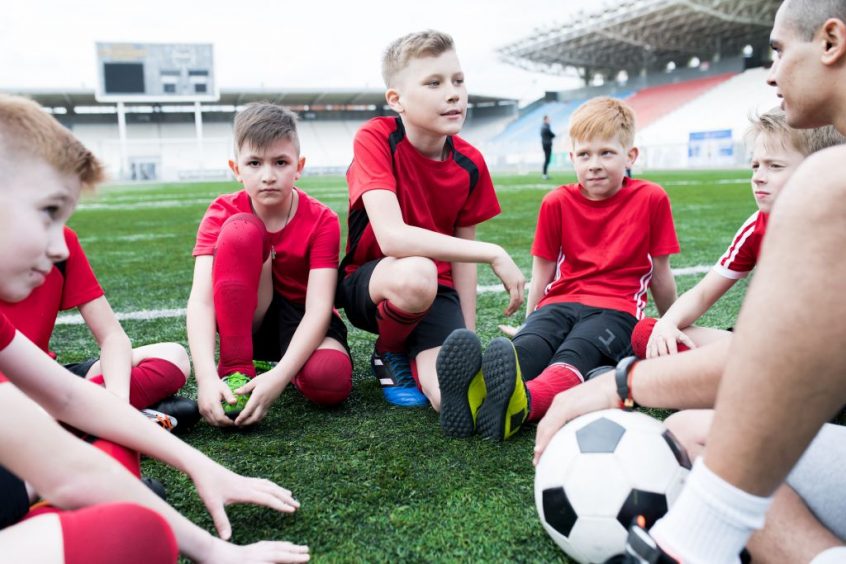 The traditional way of teaching and coaching has usually been for the teacher and coach to know everything and the student or player shuts up, accepts what he/she has been taught or told to do and then gets rated on the execution of that task. This is called the ‘Sage on the stage’ approach and is generally the only way many students and players have ever been taught  for this is the only way we really know how to convey knowledge to the next generation. But is this really the best way to ensure the students and players learn and become smarter than before? Are we really engaging the youth to think for themselves in the expectation of becoming smarter than the teacher? I don’t think that the sage on the stage approach is the best way to coach our players, but would rather the guide on the side, become the dominant way to teach and coach in the future.

So what is the guide on the side approach? Simply put the teacher or coach transitions from the all knowledgeable, always right ‘sage ‘who dictates knowledge, to a ‘guide’ who instead of dictating, aims to facilitate the learning process. This facilitation approach will not be very popular with the many generations of teachers and coaches who were taught with the ‘sage on the stage’ approach and who deemed it to be the only way students learn. But, if we really think of it, did that dictatorial teacher or coach really inspire us to learn more about the subject or sport and did you really understand the intricacies of the subject matter or the subtle tactics needed to win matches many years down the line? The answer I am sure will be no. True knowledge is not transferred by parrot fashion, true learning is transferred when the student is actively engaged, participating in the learning process and ultimately really enjoys what he/she is learning. Sure the ‘Sage on the stage’ approach gets results and parents actively seek out these teachers or coaches who get these results, but in the end are we going for results at a young age or are we aiming to develop the student or athlete to excel for many years into the future?

This facilitation approach has begun to take root with all the modern technology suddenly available to teachers and coaches, with classroom lessons being put onto the internet and game footage readily available for players to access. This ‘new’ approach has taken the world by storm in recent years and I believe we are lagging behind. I believe we still hold onto the old ideal of what a teacher or coach should be. I think we still expect the educationalist to be the one who possesses all the knowledge, that they will have all the answers and they are expected to get the results otherwise they are deemed a failure or not good enough. This result orientated atmosphere and the belief that the educationalist should always be right is harming the students and players learning ability and ultimately their performance. I believe that the facilitation approach is the best way of ensuring better results for each individual in the future.

So how does this facilitation approach work in the coaching environment? You may be asking yourself, does he really believe the players should run the team and make the decisions? No. That is not what I am saying, what I am saying is that I believe the players should be made aware of the intricacies of the game and the ‘WHY’ of what the coach wants to achieve, instead of just accepting things and being expected to robotically replicate the coaches desires. I think the players should be encouraged to express their views on playing style, game plans as well as training plans. Yes, you heard me right, players should have a voice as they are the ones that are actually on the field trying to win the games and need the knowledge to make the right decisions when they are needed. Too often coaches bemoan the lack of decision making on the field, but do very little coaching on the matter. This clearly does not make sense.

I believe that when you empower players and students you are opening yourself up to new possibilities that can take your team to a higher performance level than you or the players could have ever expected. The coaches are not always right and should not be expected to be so, nor are the players a bunch of clueless imbeciles waiting to be filled with knowledge. The only major problem with this type of approach is that the coach has to be able to accept when he is wrong and admit that he/she does not know something and that a player could in fact know more. This is not an embarrassing situation to be in and if encountered the player should be praised because when that happens, a thirst for even more knowledge develops in each individual. I believe that if this approach is well managed, players will be able to improve and develop at a far higher pace than had they been told what to do instead of being encouraged to think for themselves. When an individual and ultimately an entire team have a real thirst to discover and learn as much as the coach or even more, then you have successfully encouraged real learning and true development.

By adopting some simple changes to the way you coach, I believe coaches will ensure that a massive thirst for knowledge will occur in each player which will ultimately develop better players in the long term. This approach may take more time to reap the rewards and may not be universally accepted by parents who expect results as the only indicator of success, but ultimately isn’t the job of a coach to prepare players for the long run and not just for the time they had them under their wing? If players do not leave your care with more knowledge than before, for the next coach to develop, are you really coaching or are you just demonstrating how well you make players listen and enact what you want?

In the next blog I will discuss the ‘flipped coaching technique’ something of which I am beginning to use with my own sides and am very excited at the prospect of using this ‘guide on the side’ approach. Something I think may take coaching by storm.

Do you agree with me on this or have I got it wrong? Does the coach still need to know everything or can players have a voice? Let me know your thoughts!