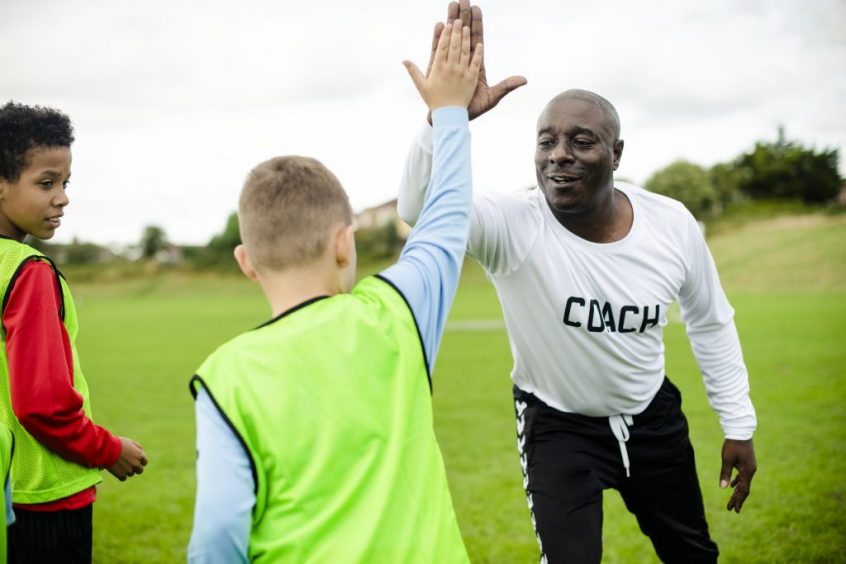 So what is the role of a school coach? Has anyone ever told the country’s coaches about their role as coaches in the development of our youth? My guess is that they have not. So where do these coaches fall into the national development plan and what are they supposed to be focussing on?

School coaches undeniably play a massive role in the development of our country’s Rugby players and the success of our provincial and International teams can usually be traced back to those players’ schools and their coaches.  On the flip side however, our inability to play an entertaining, skilful brand of rugby on the International stage can also be attributed to the way in which our schools and their coaches are developing our young players.

The South African school boy rugby set up is probably the most competitive environment for school boys in the world. This competitiveness drives an almost fully professional approach in the way these players are trained and prepared and as a result our players produce performances of extreme physicality, such that some can even make the step up to Super 15 or International Rugby in their first year out of school.

There is no doubt that the way we coach our players at school has a bearing on how they perform in our Super 15 and international sides. It is obvious  too that we have a wealth of player depth and talent and yes, we play a physical brand of Rugby, but it is without doubt that our players lack the skills and the decision making abilities of our competitors across the Pacific Ocean.

I firmly believe that this lack of skill and decision making is because of the way our leading schools and coaches approach the schoolboy game. The focal point at school boy level seems to be more about the coach and the schools win/loss record and as a result I believe our coaches encumber their players into dour game plans and restrictive patterns that make maximum use of the coaches’ technical knowledge, whilst limiting the decision making by players and therefore player mistakes to ensure victory each week.

By adopting this pattern first approach, the way our coaches train their players during the week is usually focussed on structure, set piece, pattern knowledge and execution, moves and physical contact(koppestamp anyone?) that will be devoid of individual skills, decision making and general flair that include offloads. Practices will be highly structured, covering every aspect the side will need to ensure that the game ends with a ‘W’ on the results card. I wish this approach was only found at 1st XV level, however ever more worrying is that this approach is being found at every level of the game even in Junior School sides.

When considering this reality, is it really surprising that our top international and provincial players cannot play the expansive game our Australasian counterparts’ do, when you consider it is the only approach they know?

So what should the role of the school coach be? What should our coaches be focussing on and where should their passion be directed at instead of merely just achieving the big ‘W’?

Skills, individual skills, in my opinion make up 90% of the game at school. Is that a big percentage? Yes it is. Without player skills, brilliant game plans and structure are null and void simply because skills are what make these plans work. Basic skills such as catching, passing, evasion and kicking form the basis of the attacking game. Add in decision making, awareness, depth and running lines and you have the ingredients that will make any side successful.

The problem with these basics is that they do not happen overnight and need to be honed at every single training session of a player’s career. The only way for our school players to achieve attacking success in their professional careers is to have honed these skills from junior school level until they reach the junior provincial levels.

The roles of each coach from u9 level to 1st XV level are paramount and no coach in a player’s career is more important than another. Each one has a duty to ensure their players are up skilled each and every year and are sent to the next coach in a far better shape than they received them in. The scorecard of a coach means absolutely nothing if the players overall development is not being taken care of. Players, parents, coaches and schools should realise that results do not imply that a side or a coach is better than the others. Results without development are meaningless and cloud the true job of a coach and that is, in the development of players abilities.

With the amount of player talent and depth that we possess in South Africa, combined with the passion of our coaches in the top schools, there is no reason why our players cannot play an expansive game that can be both entertaining as well as successful.