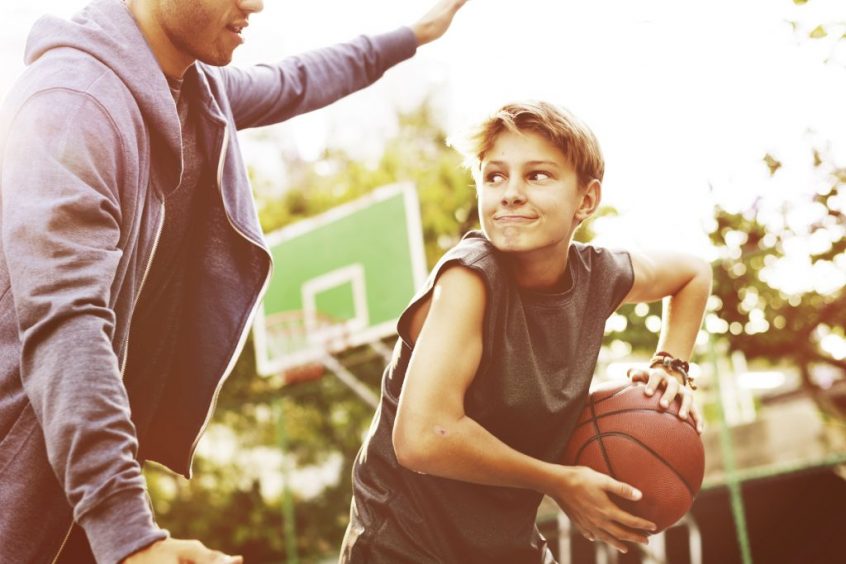 I learnt more than I thought I would today after coaching a group of 8yr olds. For the first time I thought I would try something that I have read about, that I believe is the best way to coach, but have yet to fully use it in action. I have used it in small ways, confident it works, but didn’t quite grasp the full idea and implementation of it. This was the moment that I decided to let player centred coaching become the primary method.

Today I had a small group of 8yr old Rugby players that I have been coaching for a few weeks now. I had never coached players as young as this so it was a learning experience from the beginning and still is. What happened today was unexpected, l had heard about and it made me realise how wrong our perception is of what a coach is supposed to be.

To start the session I had the players playing one on one touch, one of my favourite games that I use to develop evasion and problem solving with all the players I coach. It is a fun game and extremely demanding physically. The players enjoy it and work really hard while doing it, proving that the game is a good one. Simple but highly effective. Afterwards I moved onto a small sided controlled game that I always use. The older players enjoy it, however there are always problems when playing it with younger ones. Issues such as stronger and faster players dominating proceedings, weaker players are not used at all and become disinterested, the stronger players stop trying as it becomes easier and generally the game falls apart as players’ minds move onto something far more entertaining – wrestling with one another!

After a while I realised it was not working and I needed to change something, but what? Thinking of recent articles I have read about other coaches methods and philosophies I decided to try one of them I have always wanted to try out. So I decided to let them come up with their own rules and let them decide how they should play (these are 8yr olds! Surely the coach should do that?). I was excited to see what transpired but I was by no means expecting what actually occurred.

As soon as I said that they could come up with their own rules, their eyes lit up and the dominant players immediately came up with rules that suited themselves. The quieter players said nothing and soon the game was in progress.

The rules changed often, increasingly in favour of the best players, pitch sizes were adjusted, outlines become null and void and knock ons were no longer a turnover. The dominant players scored try after try whilst their weaker team mates sat back and watched helplessly. It carried on for about 5 minutes until those same players realised that the game was no longer much fun and they wanted a better challenge. The answer to this was that participation from all players was deemed vital to make the game an even and fun contest.

This prompted a change in the rules where the best players were now no longer allowed to score. Some were not happy about this and after a bit of input from me, where I asked if the game was fun for all the players or not, it made the unhappy players realise that whilst they were having fun, their team mates weren’t. An agreement with the new rules was reached and the game proceeded. It must be noted that apart from me helping the unhappy player realise it was not fun for the other players, all rules were made up by the players themselves.

As soon as the game started up again I saw an immediate change in how the game was played. Suddenly the better player I have been trying to get to pass (for a while now) was passing exceptionally well to all team mates, the players who weren’t involved originally were now a crucial part of the game and you could see their immense delight at being in the thick of things. The pace of the game picked up as did the intensity of the players.

Then something else started to occur – the players were starting to come up with tactics, not pre-planned ones, simply trial and error tactics. They began doing things I never thought possible whilst they were playing in my controlled game. I saw quick hands from a player who kept dropping the ball in my game, I saw support lines and decision making I usually associate with my u20 players. This should not be happening! I have not taught them this yet! (Shouldn’t I teach players things before they do them!?)

By the end of the session I tried to finish the game as time was up so I asked if we shouldn’t play a sudden death try scoring round to determine the winner – in response I got an extremely defiant NO! “We are playing for FUN and we don’t want a winner” said one of the better players.

I thought players always want to have a winner? Shouldn’t there always be a victor at the end of a game? I was taught it was coaching lore to always create a competitive environment to ensure players play hard and have fun? That is what I was taught when I did my coaching levels; competitiveness is crucial to ensure fun I was told. Seems we were wrong, young players really don’t want to play to win, they play for the sole reason of having FUN. So that’s why they call it the FUNdamentals. I finally understand that now.

The realisation was that I didn’t really need to be there at all, the players were quite happy doing their own thing, they played with more skill, determination and intensity and had far more fun without me controlling the environment. At one stage I was asking a kid a question about something in the game and he told me to “SSSHHH” as he was so intensely focussed on the game, so completely involved and engrossed that he did not want any distractions – this was the same kid that did not pass, made the rules to suit him in the first place and was not happy including the others.

How did he go from controlling the game to suit him, to becoming completely engrossed in the game that included all the others and took away his total domination?

The usual way a coach would have gone about trying to get him to pass would have been to either scold him (frustration anyone), remove him, encourage him to pass (Which I did for 2 weeks) or use questions to try get him understanding why (3 weeks). All these ways would (and did) fail. It was not until I removed my ‘control’ of the environment that he figured it out for himself that to pass was massively beneficial to his team and that they scored more tries when he included the others.

The simple realisation of this exercise was that I, as the coach, am not really necessary, I am merely a guide that encourages players to do what they used to do years ago, before organised sport and helicopter parents, and played by themselves out on the street, in their backyards or on a random field with their friends making up rules as they went along to make the games more competitive not completely lopsided.

The realisation hit me, it’s the COMPETING that makes it fun for the kids not the actual result, it’s the result that adults think is important and therein lies all the problems with organised sport.