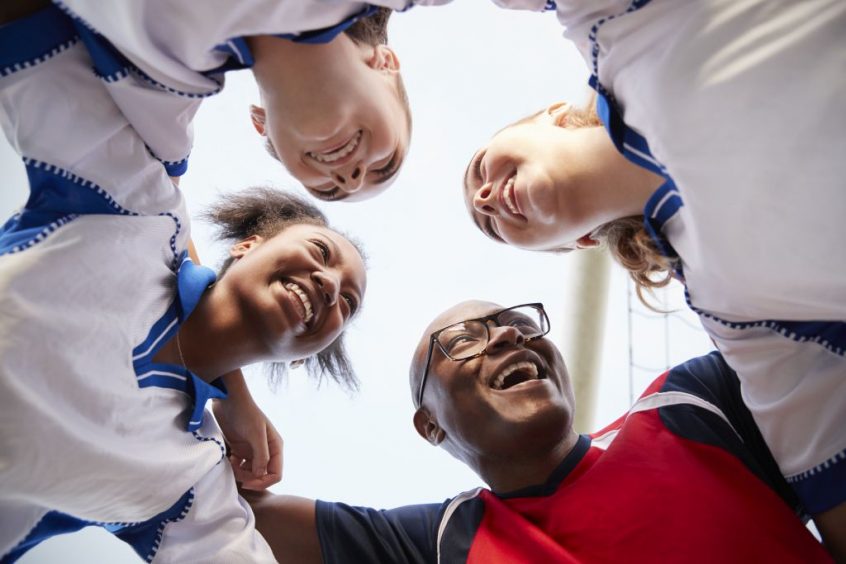 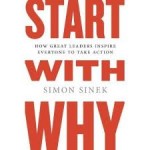 I’ve recently read ‘Start with WHY’ by Simon Sinek, and very quickly it became one of those books that made sense, it resonated with me at a time when I began to fully understand WHY I coach. Understanding your WHY is something the author, Simon, came across later in his career which has morphed into a profound cause to share with the world and I for one am extremely happy he did so. The philosophy of WHY made sense to me immediately and explained why I need to be with organisations and people that have a similar sense of purpose otherwise we would never be a ‘fit’.

The book makes heavy references to business organisations that understand their WHY, companies such as Apple, Microsoft, Walmart and Starbucks. In each organisation they started with a clear sense of WHY driven by their visionary leaders who believed in the cause of their company far before they thought of the one thing many companies think of first, making money.

For Apple, their WHY was to change the world by being an innovative ‘rebel’, delving into many industries that they believed could change the way things were done for the better. For Microsoft it was about giving power to the ordinary person by providing a personal computer on every desk in the world. For Walmart it was about looking after their communities, the people that worked for them and by providing affordable items to the ordinary person. For Starbucks it was about creating a great experience away from home and work where people could relax and enjoy a time out. 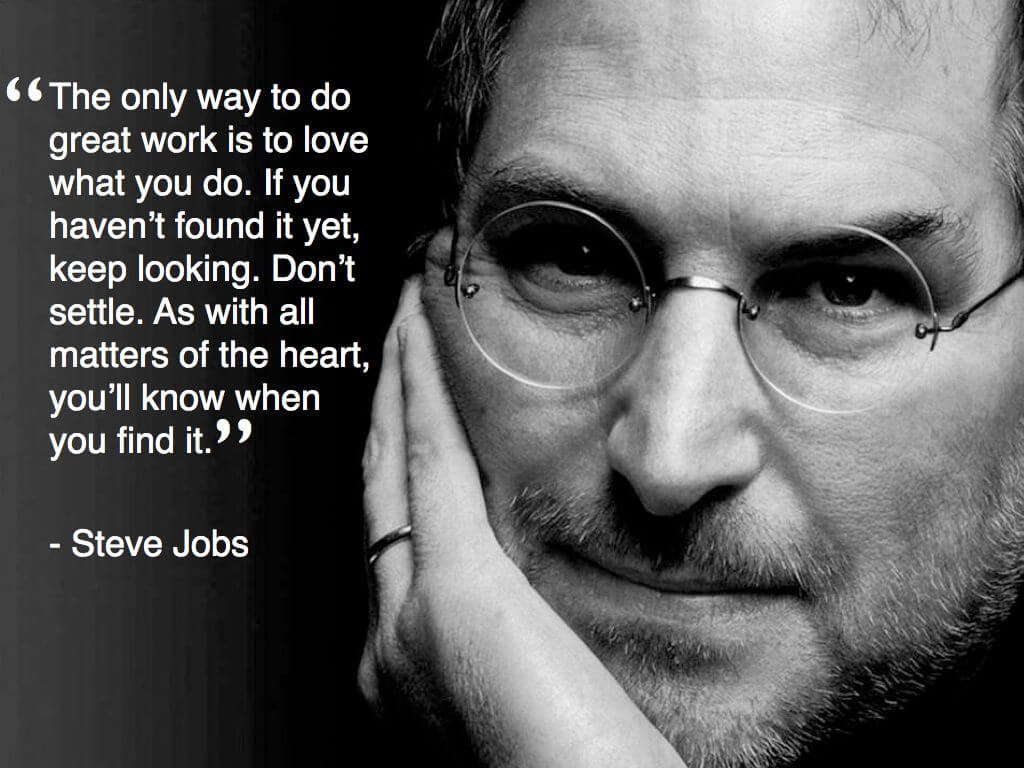 So how does this resonate with coaches and sporting organisations such as clubs and schools?

Ask yourself if your club or school actually knows WHY they exist? Ask yourself if the coaches at these organisations actually know WHY they coach at that particular school or club? Very seldom have we asked ourselves this and as a result these organisations go from one mediocre season to another, face various internal crises and at times some sort of success, but for how long? Are all the coaches, admin staff, committee members and supporters on the same page, working together towards an ideal that is bigger than themselves?

I’ve been with a few clubs in my time as a player and coach, from youth level in various sports to my current position as a coach and finally understand why some were successful, why some have failed badly and why others will continue to never quite realise their dreams of success.

One sports club I was involved with at youth level was a surf lifesaving club and it had a clear sense of WHY it existed before anything else it did or partook in. Their WHY was that it was a lifesaving club first and foremost, to save lives was of paramount importance and for this reason we trained hard to be as prepared as possible. As a result of our WHY we had great coaches who were involved in lifesaving for the sole reason of being involved in such a noble cause, and this passion transferred to us youngsters who felt part of something special. Because of this passion a culture was created that was incredibly potent and as a result of our constant training in all-weathers, this small town club became the most successful club in South Africa at competition time for well over 10 years. This club focussed on their WHY at all times, unfortunately it has forgotten its WHY and is now no longer the success it once was for the simple reason that the focus is now on winning competitions.

A club I played for in England when I first left school was one of the most amazing experiences of my sporting life as they fully embraced their amateur ideals, the club was full of members, supporters and players who played for fun and firmly understood their WHY as a local club team that was there for the enjoyment of their community. As a result of their clear WHY, the club enjoyed a measure of success moving up the leagues regularly, having an absolute blast whilst doing it. The atmosphere was just so FUN that it had a profound impact on me and my aim is to re-create that at every club I belong to in the future. Unfortunately the club lost sight of their WHY and began planning to become professional, changing their 100+ year nickname for marketing purposes and tried preparing for a level they would have never been able to handle. They began focussing on WHAT they do and HOW to do it but forgot their most important aspect – their WHY. As a result players, coaches and members left and the results have been dire. Happily they are slowly getting back on track towards their original path.

As the book repeats endlessly: “It’s not WHAT you do or HOW you do it, it’s WHY.” 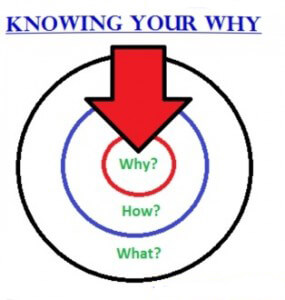 Unfortunately I come across more and more organisations and coaches that do not understand their WHY and as a result they focus on the wrong things and wonder why they never achieve the success they dream about. Rugby coaches and organisations in particular are favourites for focussing on results first, and how to achieve them before worrying about WHY they exist or coach in the first place. It becomes clear that when things go wrong for them, when they all know WHAT they do (offer Rugby to players), HOW they do it (good coaches, facilities, fixtures etc), but not WHY. How do you expect coaches and players to be on the same page when neither knows WHY they do WHAT they do? What purpose are they playing or coaching for, what is the cause they are involved in? If it’s only about winning then I am afraid they have no idea of what sport is truly about and why players and coaches are involved in the first place.

Coaches are often so caught up in WHAT they do and HOW they do it, that they forget WHY they actually began coaching in the first place, and if they do not understand WHY they coach, how on earth would their players be able to respond to them correctly? Coaches coach Rugby, that is WHAT they do, and HOW they do it, is the tactical, technical and planning that goes into the game, which are important, but what drives them to plan the way they do, the way they study the game and teach it? Without understanding their WHY, they will never be able to keep their team and their ideas on track. A clear sense of WHY gives one clarity on all decisions, anything that does not fit in with those ideals is an easy decision to make.

“I finally understood my coaching WHY”

I finally understood my coaching WHY, whilst I was away in Europe for two months, the amount of time I spent travelling gave me a great opportunity to think and to clarify my beliefs and for the first time I can now answer WHY I do WHAT I do. The greatest thing about understanding my WHY is that it gave me a great insight as to why I was unhappy working in certain organisations before, why I could not work in others and most of all it allows me to find the ones that I can fit in before I even coach there.

What is my WHY in coaching? I coach because I love people; I coach to get to know each player as individuals first, to try as far as possible to do what is best for them and to treat them with the respect they deserve. I coach to inspire them to become better players and at the same time I want them to become better people. I want them to learn how to reach their true potential, by never giving in no matter what, by taking risks and making mistakes, putting themselves out there for the purpose of self-improvement, trying things they never thought possible before and more importantly to inspire others to do the same.  I want players that I have coached to go on and be successful, no matter their understanding of success, in whatever they choose later on in life and make a similar impact in others.

I merely use Rugby coaching as the vehicle to do this; that is WHAT I do. HOW I do it is by trying to be the best example of my ideals as I can be, by creating the environment in my teams where self-expression and creativity is encouraged and mistakes are allowed so learning can occur; and by working tirelessly as a team to achieve our performance objectives, both as a team and as individuals, in terms of game results as well as our smaller goals along the way.

My Rugby WHY is based on wanting to change the way we coach to ensure coaches are coaching for the right reasons for their players benefit and not to satisfy their egotistical need for control, power and results. I also want to change the way Rugby is played, where individuals are encouraged and celebrated for their decision making abilities rather than the practice of picking players for their abilities to follow orders and execute plans. I want to be as innovative as possible, to challenge the status quo of accepted practice and not merely copy what others are doing as it may not be the right fit for my ideals or my teams needs so that we can be the best we can be without fear of failure or ridicule. I want to create a coaching environment amongst my fellow coaches where they can question everything I do and be allowed to implement better ideas. 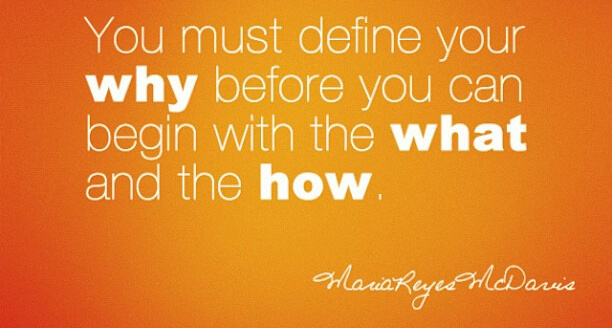 Its multi layered, but it makes complete and utter sense to me. I am not perfect, nor will I ever be, my application of my ideals of WHY I coach may deviate at times, but now that I have a clear understanding of WHY I do WHAT I do, I feel that I will be kept on track far easier than had I never discovered my WHY. I am sure my WHY will be added to as I learn more and gain more experience so that I can make a far better impact on the people I coach and work with.

What is your WHY? What is your organisation’s WHY? Once you can answer that question you will find an unbelievable clarity you may never have had before and every decision you make will always come back to WHY you do WHAT you do. Without a clear WHY, you or your organisation will never truly find success as it comes in many different forms, but once you understand your WHY you will know when you have become successful.