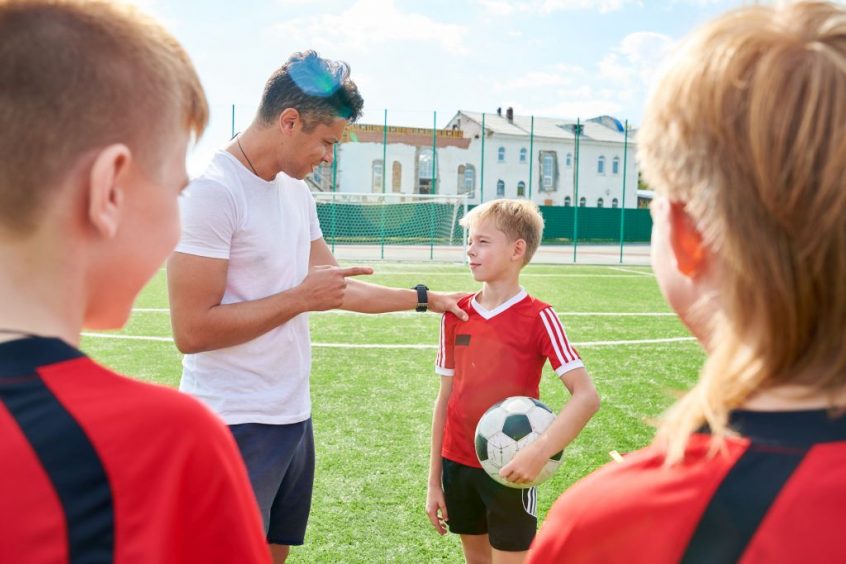 Rugby as a game has been commonly romanticised as the sport that caters for all shapes and sizes, no matter your ability there will always be a place for you in the game, but is it really still a game that accommodates all types?

Rugby has changed dramatically over the past few years with players now bigger, stronger, faster and smarter, while on the playing front coaches have altered the game dramatically from how it used to be played during the amateur era. This change has been transferred to the schoolboy game with very far reaching effects and I believe certain aspects of it could be hampering player’s development as well as the way the game is played at grassroots level.

Size at schoolboy level matters and it matters a lot. Without significant size your chances of being selected drop massively and it will take a big effort to convince coaches otherwise. I believe this can be attributed to the fact that professional rugby usually looks to select the prototype player – the ideal physique many coaches have decided is non-negotiable to fulfil the various positional requirements. The merits of this at the professional game can be argued I am sure; however at schoolboy level I believe this selection policy is hampering the late bloomers and the players who do not fulfill this pre-determined mould.

We all know about the ideal positional physique and the attributes each position must possess for the professional game, but do these attributes really matter at schoolboy level? Obviously you will have players who are just naturally suited to certain positions, but just because a player lacks size or offers something different do we really have to insist on them playing certain positions or for that matter not select them because of it? I have heard School coaches speak of their players as being in the same mould as current professional players and as such stick them in similar positions, but in reality are those beliefs holding other players back?

I believe that far too often, school boys, both at junior and at high school, are selected if they ‘look’ the part. Players who have both the size and or who have the appearance that tick the appropriate boxes are normally selected first, even without prior knowledge of how they play. I believe all coaches have their ideal player identikit and they stick to them in the belief that by selecting those players, their side will more often than not be victorious. However what about those players who do not fulfil the pre-determined criteria, and who do not look the part of the player identikit? Are we missing some talented players simply because of this?

This type of prejudice can come in many different ways, from confining a player to a lesser team because of his apparent lack of ability or size or labelling him as a certain type of player and therefore destined to remain in that light for the entire season. Labelling players like this into metaphorical pigeon holes, I believe, is not doing the players any good and neither is this helping the way we play the game in SA.

Personally I believe that each and every player is unique and that instead of coaching players into the pre-determined mould of what we think is best for them, we should rather be coaching players to become the players they were meant to be, by allowing them the freedom of expression at schoolboy level and to select the best players, not solely the biggest ones.

Each player develops at his/her own rate and because of this I feel coaches should make greater allowances in selection for the players who are late bloomers or who are slower learners than the others. You just never know when a player will blossom and become the next best thing. By labelling players so early at school and by selecting them according to a prototype model of what a player ‘should’ be we could be losing a vast amount of talented players who were simply not given the chance. Players who have been labelled and put into a box may also lose their passion for the game and could well even give it up or play with less enthusiasm each week simply because they are no longer inspired by what they could be; instead they have been forced to conform.

I have never met a player who wants to be a robot; every player wants to be his or her own player. Of course each position has its role, which is what Rugby is about, but by forcing players to adapt to the prototype of the ‘ideal’ player I believe we may be hampering the individual players’ qualities which make him/her special.

I would rather coaches be far more open minded about each player and look at them individually, identifying what they can offer, instead of selecting players using the pre-determined model that either the coach uses or has been universally agreed upon by others. Let players develop into the unique player they were meant to be and look out for the ones who may not at this moment in time, fit the traditional model, because they could just possibly become a future great player.

Do you agree with me or do you have different views? Are you perhaps a player who has been cast into a mould or have been overlooked because you do not fill the coaches ideal? Would love to hear your thoughts!