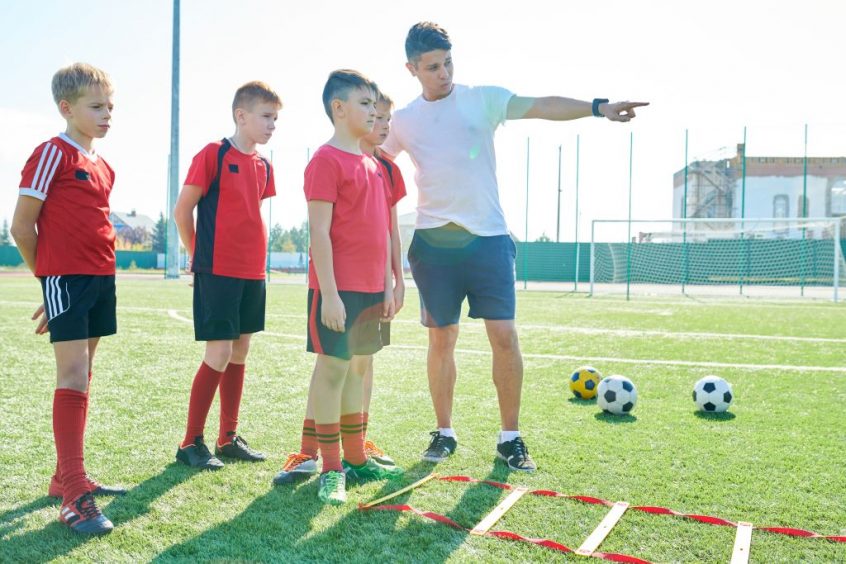 “This reflective piece was triggered off by the blog I wrote called “Don’t throw 50/50 passes!!” where I discussed the restrictive way school coaches tend to limit their players decision making on the field to achieve results. This is his story told in his own words.”

The opposition knock the ball on and we are rewarded a scrum just inside their half of the field. I check with my centers to see if they are keen to have a crack. Of course they are. I call an attacking move and the message is conveyed to the forwards. Suddenly, I hear one of our coaches yelling my name. I turn to look, and I see him signalling to me to kick the ball into the corner. I don’t understand. We have two of the best attacking schoolboy centers in the country, and wings that were selected for their deadly finishing. Why do we want to play the game without the ball?

I matriculated from a prestigious private school in 2012 – a year in which our 1st XV rugby team were very successful. Traditionally, we display a fast, highly skilled brand of running rugby; sometimes scoring full field tries having run the ball from inside our goal line. We had a simple, yet very effective structure in place and our coach allowed the players to express themselves within our basic structures – a coaching style that proved to be highly rewarding for our team. For it is almost every school boys’ dream to be able to play with freedom, making their own decisions on the field as opposed to constantly being told what to do. This type of style sets the tone and boundaries within which schoolboy rugby players can thrive, and develop hugely at the same time.

“Every school boys’ dream to be able to play with freedom”

Having had a triumphant season, a few of our players were selected for the Craven Week side, including myself. I was told by the selectors that I had been picked not simply  because I was the first choice in my position, but because I brought a fresh facet to the game plan – innovation and creativity. This came as a surprise to me, and I was thrilled to be able to redefine my position in the context of South African rugby; a position where, according to our rugby culture, a kicker is more sought after than a creative play maker.

In our training sessions leading up to Craven Week, we focused on playing the game at a swift pace, catching defences off guard and running teams off their feet. All in combination with a very skilful  yet physically demanding pack of forwards. As expected, our structures were much tighter than what I had experienced at school, and we spent many hours working on our defensive system as well as analysing our upcoming opponents visually. It was indeed a very professional set-up.

We reached the unofficial ‘semi-final’ of the tournament after defeating our first opponents convincingly. And yet in this game, despite the success of our expansive style in the previous game, the coaches opted with safety first, playing territory, and we lost in what turned out to be one of the dullest games of rugby I’ve ever experienced.

Reflecting on the week, it was an invaluable experience and I certainly came away as a better rugby player. However, my mind was clouded with doubt about whether the prospect of playing professional rugby in South Africa appealed to me. Would I be prepared to change the way I love playing, my fellow teammates love playing, and the fans love watching, in order to try earn the professional title and the money that goes with it? These questions are never easy to answer.

The one thing that stood out for me was the abundance of talent and depth on display. You will not find a schoolboy tournament anywhere else in the world that displays such a wealth of talent. Having said that, why is it that in the international arena, we have a poor record against sides like the All Blacks in the last 5 years? I believe there are two critical reasons: culture, and conservatism. And these problems are deep rooted in our schoolboy rugby systems.

At schoolboy level, the coach’s role is to develop the players and spark a passion for the game of rugby. However, the recent surge in competitiveness of schoolboy rugby in South Africa drives an unparalleled level of professionalism, evident in the way the players are conditioned and coached today. Such that, exceptional individuals can even make the jump, or should I say the leap, to Super 15 level or even higher one year out of school. The rise of Sergio Petersen is one example, a player whom I went head to head with at Craven Week last year.

Schoolboy coaches, especially at 1st XV level and Craven Week, generally choose a mantra of execution over innovation. One that ensures safety, ensures the result and ultimately ensures they keep their jobs. These coaches emulate a conservative approach that includes tight structures and an overemphasis of the importance of a kicking game – all of which stifle players’ creative juices and decision-making abilities. These coaches tend to focus more on their scorecards than the overall development of the future stars of South African rugby, which is undoubtedly due to the misguided perception that good coaches and good results are contingent. The harsh truth is that results without development are meaningless, and we will never truly progress as a rugby nation until parents, players, coaches and schools understand this.

As a player, I believe it is important to question the coach constructively if perhaps you disagree with what he is putting in place. However, many coaches in this country refuse to listen to their players deeming it a weakness and undermining the very fabric of what they think a coach is supposed to be. Their belief that the coach must know everything and the players are merely vessels that should listen, absorb and execute like robots is, I believe, unconstructive and never allows us to think for ourselves. It may seem wrong for players to question what they are being told, but is that not what education and sport in general is about? Then again, what would happen if coaches allowed players to freely express themselves within the structures provided?

We just need to look at countries such as France and New Zealand. In 2010, I was afforded the opportunity to spend a school term (over two months) at a school in New Zealand, where I was very involved in the sporting arena. The 1st XV rugby coach emphasised skill and style, and encouraged the use of creativity within the structured game plans while allowing for individual brilliance. We can see this in how the All Blacks play, first dominating possession before unleashing the flair of their dangerous backs.

With the richness of talent we posses in this country, I find it tragic that players, starting at junior school age group levels, are withheld from expressing their natural abilities, which seems to be a microcosm of our Super 15 teams and international side. It is no co-incidence that our inability to play entertaining, skilful rugby on the international stage reflects the way that certain schoolboy players are being coached from such a young age. South African coaches in general desperately need to dismiss the self-fulfilling, shielded approach of conservatism in order to evolve and adapt to the modern game, and it starts in schools. For it is our inability to change and adapt the direction of our conservative mindset that threatens our future on the international, and Super Rugby stage. We certainly have the talent pool and the coaching capacity to dismiss this approach in favour of far more enriching, and entertaining brand of rugby.

I have always wondered what would’ve happened if I chose to run the ball and ignored the coach’s instructions in that semi-final. Would it have changed the outcome of the game? And if it had, would I have been celebrated for taking the risk or scolded for disobeying the authorities? Aren’t the players the ones who play the game? Sometimes, we as players just have this instinct, a feeling in our gut that tells us what to do in a particular situation. It is just up to the coaches to let us do it.